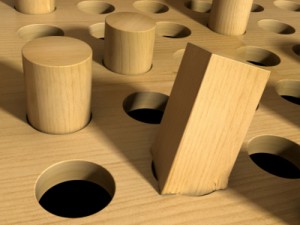 This book, written by David Faber, summarizes the collapse of the mortgage industry in 2007, and details the many factors that created this collapse.

He mentions the creation of an entity and an industry: Fannie Mae in 1938, and the subprime mortgage industry in 1993.

Of the many factors that colluded to cause this financial catastrophe were the following:

All these are basically inventions designed to sell an untested, high risk product to clueless investors.

David Faber provides a wonderful synopsis of this catastrophe, however, I disagree with him on the so-called “greedy” Wall Street. Wall Street is driven by profits, and so it was natural for them to take advantage of the situation.

Yes, I admit there may have been a certain level of greed involved, but another problem started in 1938, when the government created an entity to help the market. The government essentially created a new industry, and with their superb credit and government-backed reputation, Fannie and Freddie became leaders in this new industry.

Fannie and Freddie worked well until they were taken out of the picture in 2003, being replaced by Wall Street. When the government created a new market in 1938, they didn’t imagine Wall Street taking Fannie’s place in the distant future.

However, when Wall Street took Fannie’s place between 2003-2008, capitalism collided with a government-created market, and the result was chaos.

The government basically created demand for a product, financed it, and made a profit, but they were the only entity who could effectively manage the secondary mortgage industry. Without their reputation, financing, and non-profit driven ideals, they regulated the industry. Without them, the vacuum was filled by the free market.

Government agencies serve a purpose, but when they cease existing, the vacuum must be filled. When the entity filling that vacuum is un-government like, there is bound to be conflict.

As they say, you can’t fit a square peg in a round hole. If the round holes are capitalism, and the government is square, then my concern is the following: how long until the government stops trying to fit its square pegs, and starts creating its own square holes?